University of Priština in Kosovska Mitrovica

Faculty of Sciences and Mathematics 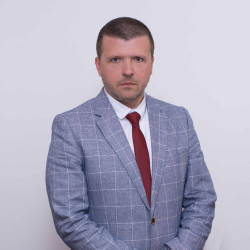 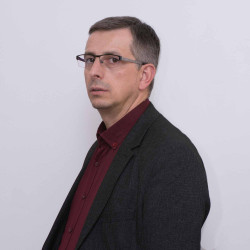 The Scientific and Educational Council

The Scientific and Educational Council consists of the department council representatives – head of department, three teachers and one teaching associate – as well as one foreign language teacher as a representative for the general education course teachers. The mandate of the Council members is three years, starting from the day the constitutive meeting is held. The mandate of the student representative is two years. The dean and vice deans are also members of the council due to their positions.

The teachers and teaching associates are appointed or dismissed by the department council by public vote, whereas student representatives are appointed/dismissed by the student parliament. Their mandate is verified at the constitutive meeting. The Dean is the Chair of the Council and is to schedule and lead meetings in accordance with the Rules of Procedure of the Faculty and the Scientific and Educational Council. In the event of the Dean being indisposed, all of his/her powers shall be exercised by the vice dean for education.

The Dean, vice deans and the secretary are involved in the work of the Council without the right to make decisions. A candidate is elected member of the Council if he receives votes from more than half of the members of the Scientific and Educational Council.

The member of the Council appointed by the Governement of the Republic of Serbia cannot be a person employed at the Faculty or in the administrative body responsible for the field of education, i.e. science.

The Student Parliament of the Faculty elects representatives in the Faculty Council from among the students by secret ballot, by a majority vote.

Non-teaching staff elects a representative for the Faculty Council at the Assembly of Employees by voting scheduled and chaired by the Secretary of the Faculty.

Until the election of the President, the constitutive meeting of the Council is scheduled and chaired by its oldest member.

The Election Council can define proposals for the election of teachers, elect teacher’s associates, select the committee for writing reports for election and promotion of teachers and associates and perform other tasks in accordance with the law and the statute.

For valid decision-making, it is necessary that at least 2/3 of the members of the Council be present at the meeting of the Election Council. The Election Council makes decisions by a majority vote, the decisions regarding elections being made only by teachers of the same or higher title than that title in which the teacher is being elected. The Rules of Procedure regulate the convening of sessions, the manner of work, decision-making and similar matter.